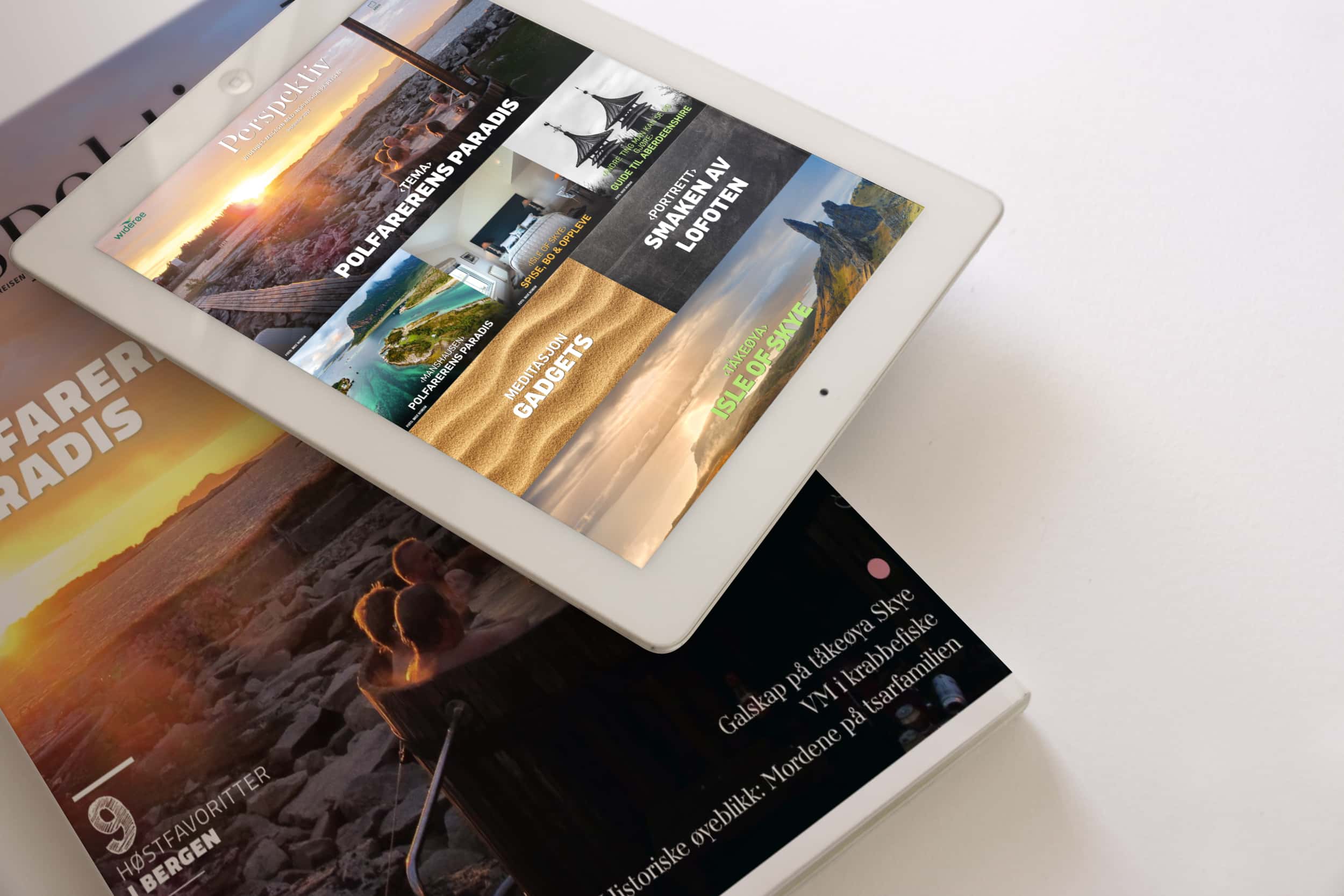 I have spent the past 8 years working as digital designer in companies that make their living primarily from printed magazines. I’ve seen a fall in advertising revenue, subscriptions, and increasing production and distribution costs. The trend has caused many magazines to reduce the number of issues per year, close, or go online. And it has cost the jobs of many former colleagues. So what about the digital route?

Now I’ve certainly heard the arguments against digital over and over again. It’s unavoidable when you’ve worked for both Stibo (largest offset printing corporation Scandinavia) Datagraf (who did little to modernise despite the financial failure their print division) and Aller Media (one of Denmark’s oldest and biggest magazine production bureaus). In many ways they’re scared of the change that is happening already. They pay for surveys that focus on the results they want to hear, the ones they can use to ease themselves and tell their shareholders. They say things like “people prefer to hold a physical product like a book or magazine” and “it’s easier to read” and “it just has this unquantifiable charm that digital cannot replace”. This is all true, but it’s not the whole truth.

I just need to clarify that when I say “digital magazine” I am talking about magazines as responsive web sites as I discussed in this post.

Distribution costs are rising the world over. This is due to many factors but certainly there’s environmental taxes on paper the price of fuel. In Digital you would see some of those costs go to web hosting and strategic social media, newsletters, SEO and banner advertising, all to ensure potential readers and new subscribers are made aware of your existence and new publications. You’d still be saving a lot of money. Add the strengths of social media to the mix, and the magazine and its articles will do some of the advertising and distribution by themselves.

One thing that traditional printed magazines lack is tangible statistics. They know how many subscribers they have, they can do a survey once a year, but that’s about it. How many actually read the magazine? How much of it do they read? How long do they spend reading an article? Which articles are popular? Do readers discuss and share the articles? Which adverts are popular? Which ones work? How many click on them? These are all questions that can be answered to a high level of precision using analytics in a digital magazine.

Yes it’s nice to read a large, full spread magazine with the big glossy photos. But it won’t fit in your pocket unless you roll it up. In many cases the format is downright annoying to carry around. Not like that tablet or even smartphone. There’s also something to be said about the limitations caused by print. You have to leave room for advertising, so this affects how many pages you can use on actual content. That in turn affects how long you can make your articles and how in-depth your story can go. You may have to scale amazing photos down to a size where nobody really appreciates them, or leave them out completely. You may have to leave out a whole article or story that would have been perfect alongside the rest of the content. This is not an issue online where articles can be released in long-read or short-read format, entire photo series and galleries can be added, and the magazine adjusts itself to to reader’s preferred format in any given reading situation.

Physical magazines end up in a shelf, or in a pile that eventually goes in the trash. With digital content the articles are always just a search away – readers don’t have to try and remember which issue that article/interview was in, or on witch page. The use of tags allows older content to resurface alongside other content as “related articles” and in this way they are never forgotten or thrown away. The hard work put into those articles remains relevant for longer.

Magazine have release cycles. They need to collect enough content to fill up their pages, and they need to do it in time for the next release date. Some magazine struggle to fill up, others struggle to edit down. This also means anything along the lines of “news” risks being old news by theme it reaches the readers. If they’re really interested in a subject, they’ll probably have read it or heard about it elsewhere, which makes the magazine seem slow on the draw. A digital magazine has options. They can release issues in frequency if wanted, but that doesn’t mean they can’t have an active news section that keeps updating every time it’s needed. But maybe the whole idea of releasing a bulk og stories in one go is pointless? The issue release frequency of printed magazines is entirely a limitation set by the constraints of the printed medium.

I firmly believe the best stories are told using the media that best tells the story. Many magazines will see their stories, interviews and articles done better with video and audio as news stories, podcasts or documentaries. They’ll see their infographic illustrations perform better and become easier to understand in the web as they become interactive.. The internet is a multimedia. You can tell your story any way you want and package it under the same brand. Imagine excerpts or quotes form intervies as short video snippets, threaded in among the text.

Allowing your readers to comment on, or discuss articles can be very useful for building a community of common interests between your readers, as well as adding a level of interaction with the journalist who wrote an article. It can teach the publisher a lot of useful lessons and even be a source of information and new stories. Some of the more successful magazines (printed or not) have found new stories, and added on to existing stories by utilising the chats and social media connected to their own platform.

I firmly believe that some of the money saved on printing and distribution should instead be invested in digital production. But of course not all of it, or there’d be no economic advantage. You’ll still need graphic designers to make decisions on typography and use of images, to make infographics and so on. You’ll also need something along the lines of a front-end designer/web designer/web master to bend the standard templates to your will, to keep it interesting for the reader. One thing’s for certain: Editors, designers and journalists will need to learn new skills, and that’s possibly why things are moving so slowly in the industry: Fear of change.

Is print dying out?

If I was to compare it to evolution, I think it’s more a case of natural selection and population control than extinction. The best and most succesful magazines will be available where their readers are, and this includes print. I love books and magazines, and I hope to see them survive by adapting to the changing environment. The way the world is now, it seems like the internet is just a second thought or an add-on to printed magazines. I reckon this is a way of thinking that needs to change. One idea I have proposed in the past, is to make the web the primary channel and the magazine secondary. Perhaps the magazine could be released less often, yet contain the best of the web, printed on a higher quality paper, with fewer ads and more content. It could intentionally lose it’s news-worthy appeal and become more of a collector’s item.